The LGBT Community And The Stigma Against It

The LGBT people actually experience a huge variety of social discrimination, even though they have done nothing wrong, on a daily basis. A lot of people are not born straight and, so many individuals or that have a problem with it. Many people do not understand this. That behaviour will be very hateful towards people who are interested in dating someone of their own gender. They act like these people choose who they are attracted to. It is definitely not like that. Your sexuality is not chosen by you. You are born with it. They behave very horribly against the LGBT community because they are different from them. Everybody needs to do everything they can to fathom the fact that people are born with their sexuality is, and also, they have no control over them. They do not get to choose who they are attracted to or who they love.

I would like to quote the famous Jaime Lannister from Game Of Thrones, "We don't choose who we love". This statement is true every day. Things happen spontaneously, and it is uncontrollable. For decades, we have actually seen the LGBT people face a lot of issues and hatred, because of who they love and because of who they are with. After facing all of this stigma and hair, they tend to close themselves off because they have to be defensive all the time, especially when they are in public. 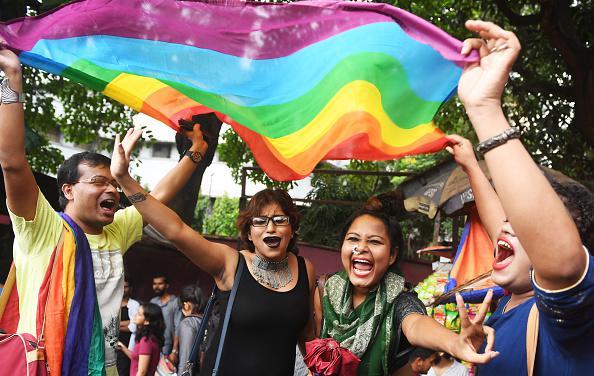 They also have a higher risk of health issues, substance abuse issues, mental health issues, et cetera. Some people who are in the youth section of the LGBT community are prone to contemplate suicide, because of the fact that their family may throw them out and also probably because their friends may stop interacting with them, because of their sexuality. It is definitely unclear as to why it should even matter. It's not like their lives are affected by a person being a part of the LGBT community. Most of these disparities have a lot of interpersonal roles, and they stem from a lot of personal reasons as well. These people face harassment and homophobia on a daily basis, and I feel that it is incredibly offensive, and it definitely belittles them on a social and emotional level. I feel that people should not be facing these issues in the 21st century.

It is 2021! We should be better than this. We should not discriminate against people based on their looks, sex, sexuality, height, weight, colour, etc.

But I would also like to say that it is not all that bad. There have been a lot of supporters that the LGBT community have been receiving. One can only hope that this support extends to the community in a gigantic manner and helps them get through the stigma.